Whether in the Middle East, Africa or the former Soviet Union, modern-day persecution against Christians often generates news headlines and—rightfully—motivates fellow believers toward concern and action on behalf of those who suffer for following Jesus.

But what is the responsibility of Christians to victims of religious persecution who don’t share their faith?

The recent trials of the Rohingya (a Muslim people group) have brought this question home.

Who Are the Rohingya?

Native to the Rakhine province of Myanmar, the Rohingya have fled persecution in their Buddhist-majority homeland. Now they live in more than 30 countries around the world. Since September alone, over 600,000 Rohingya refugees have entered neighboring Bangladesh amid fresh violence, leading the UN to consider the Rohingya’s plight “the world’s fastest-growing refugee crisis.” The legal system in Myanmar does not recognize the ethnic minority as one of the 135 “national races” of the country. As a result, Rohingya are restricted in their movement and excluded from education and jobs.

In addition to legal discrimination, “hundreds of villages have been burned and destroyed recently,” a Pioneer serving in Southeast Asia writes. “Many people have been reported killed and many others have died from drowning and sickness.”

Pioneers in Southeast Asia are finding ways to show compassion for this devastated Muslim people group. They also share the gospel with Rohingya people who are spiritually open. However, persecution can cause people to become even more fervent in their faith and cling to their religious and cultural heritage. Spiritual seekers face pressure from their families and communities when they begin questioning Islam or exploring Christianity.

Although he has begun reading the Bible, one Rohingya man says, “I believe all that is here, but I am a Muslim; my father and grandfather were Muslim, so I must stay a Muslim.”

Scripture teaches that “The Lord is a shelter for the oppressed, a refuge in times of trouble” (Psalm 9:9). Pray that the Rohingya will seek refuge in Him.

Images of the Rohingya 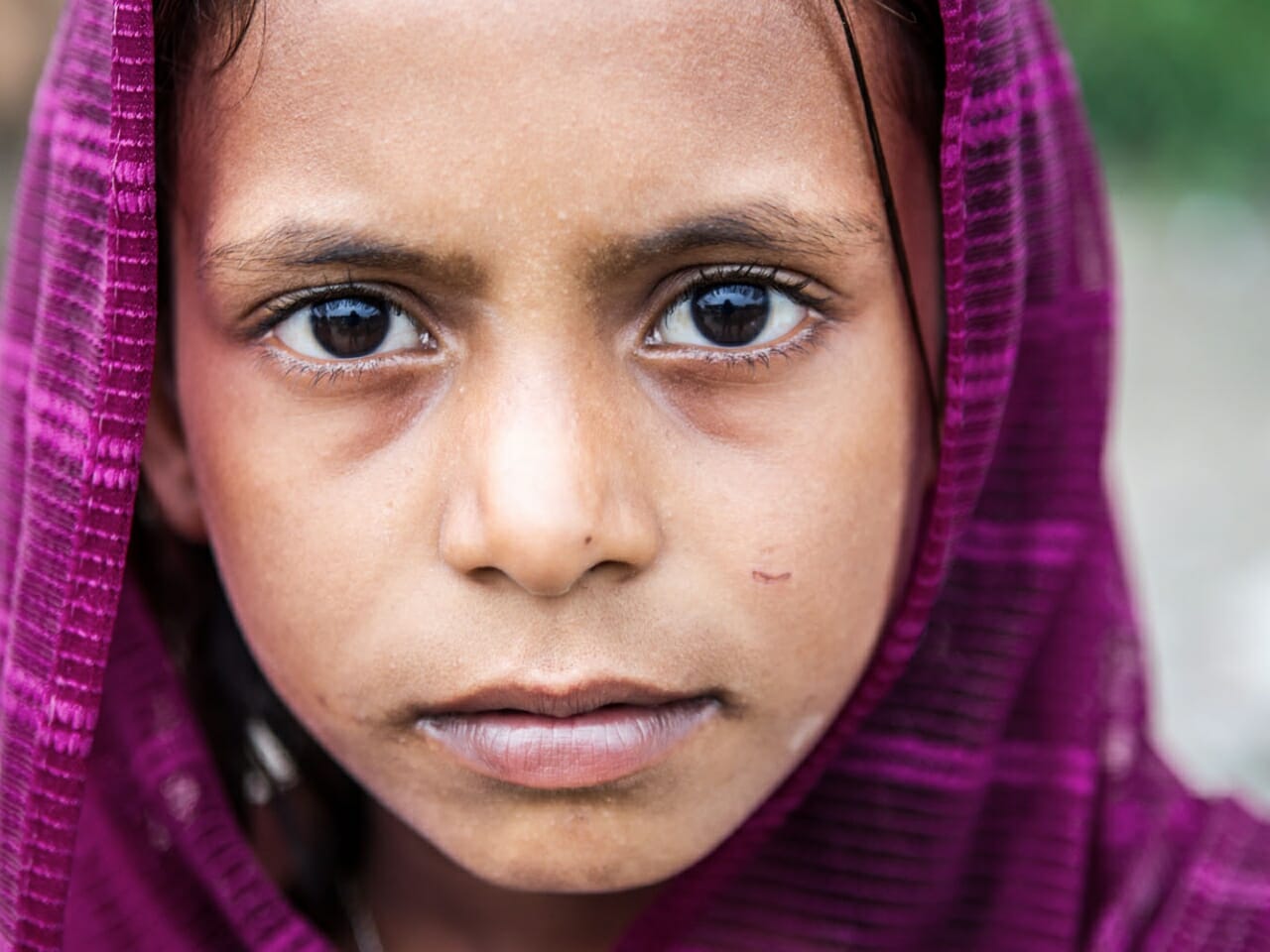 This gregarious girl was happy to be in a photo but changed her expression from friendly to serious for the photograph. The Rohingya practice a form of folk Islam—a combination of traditional Muslim beliefs and local animist traditions. Most Rohingya fear the spirits more than they fear God. 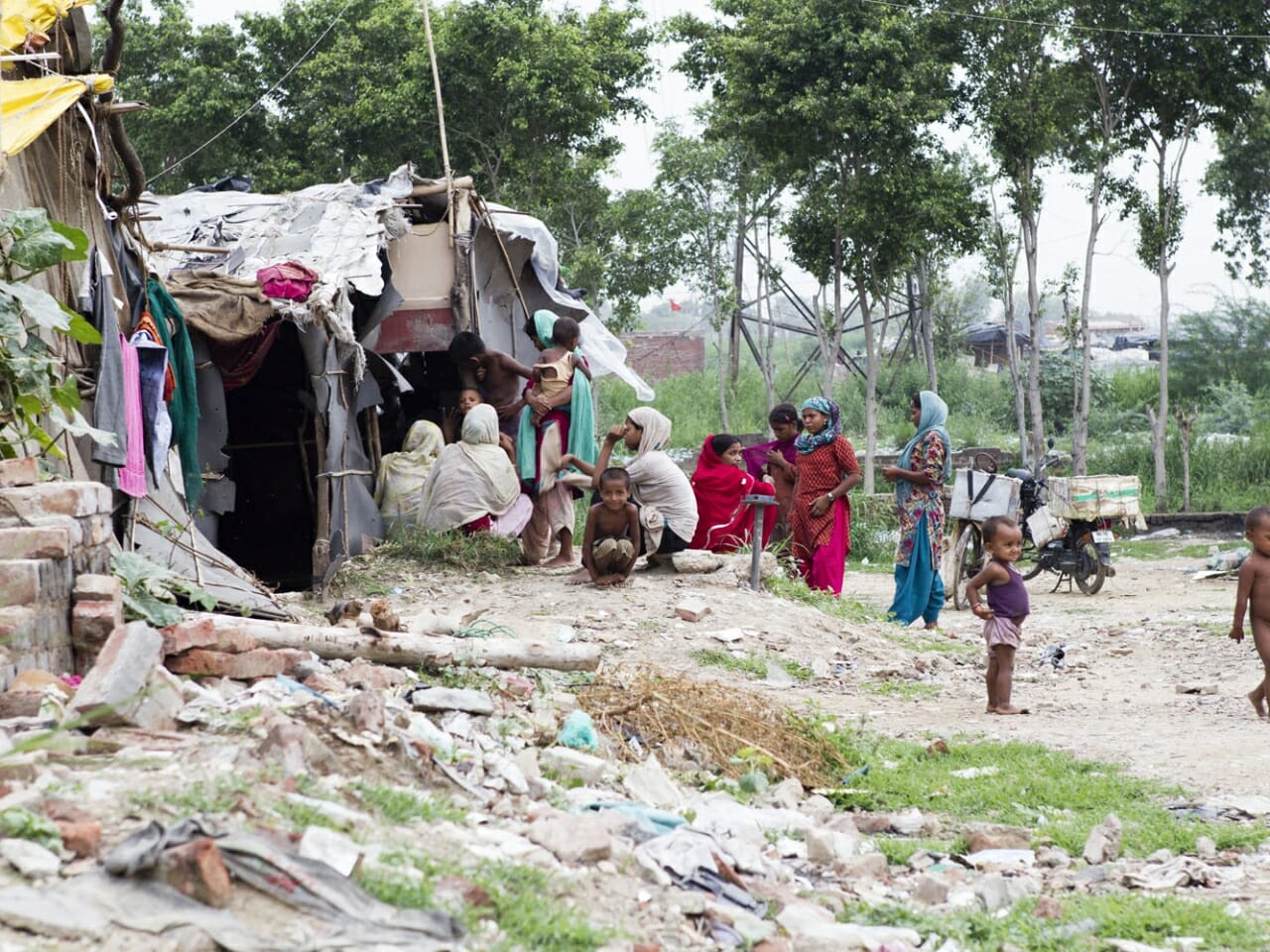 This Rohingya camp sits at the back of a property which is a construction site. They scavenge whatever refuse they can find to construct homes and make a life for themselves. People gather at this structure, akin to a corner convenience store. 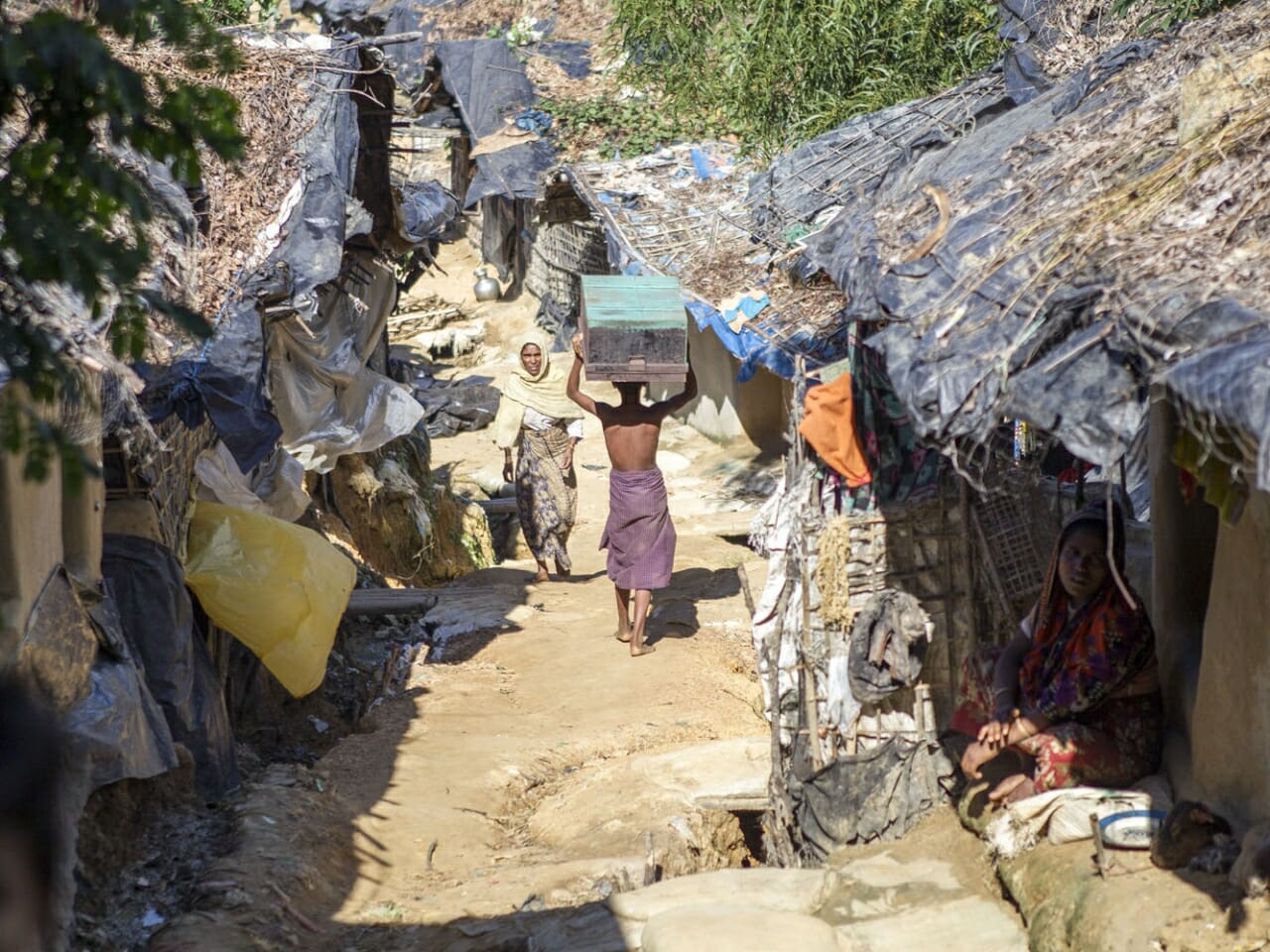 Sanitation is poor and a significant cause for concern. Latrines exist but overflow. Drainage causes ruts in the pathway—a major problem. Imagine this spot in the rainy season. 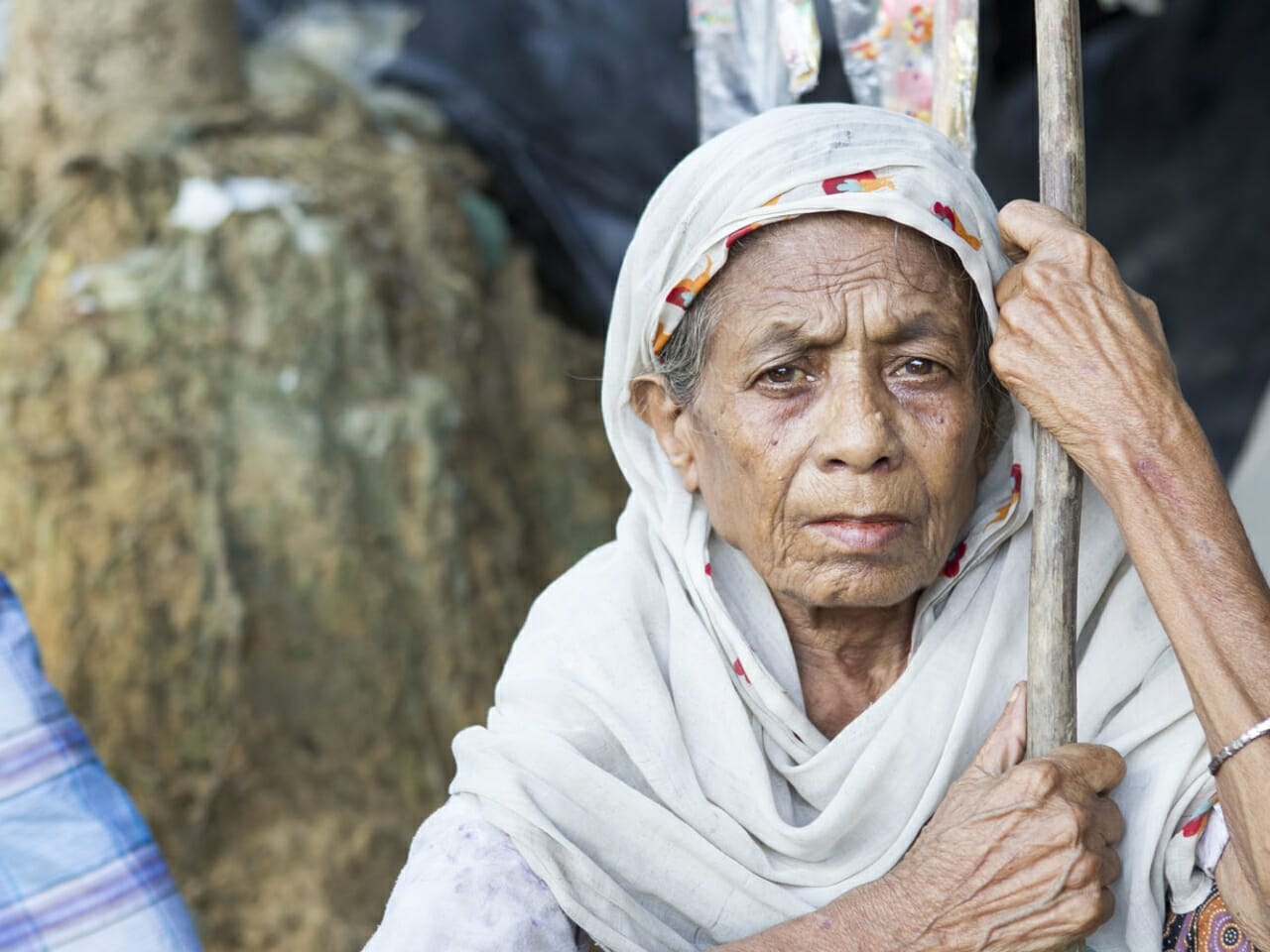 Like Muslim women in other places, Roh ladies cover their heads, usually with a simple scarf. 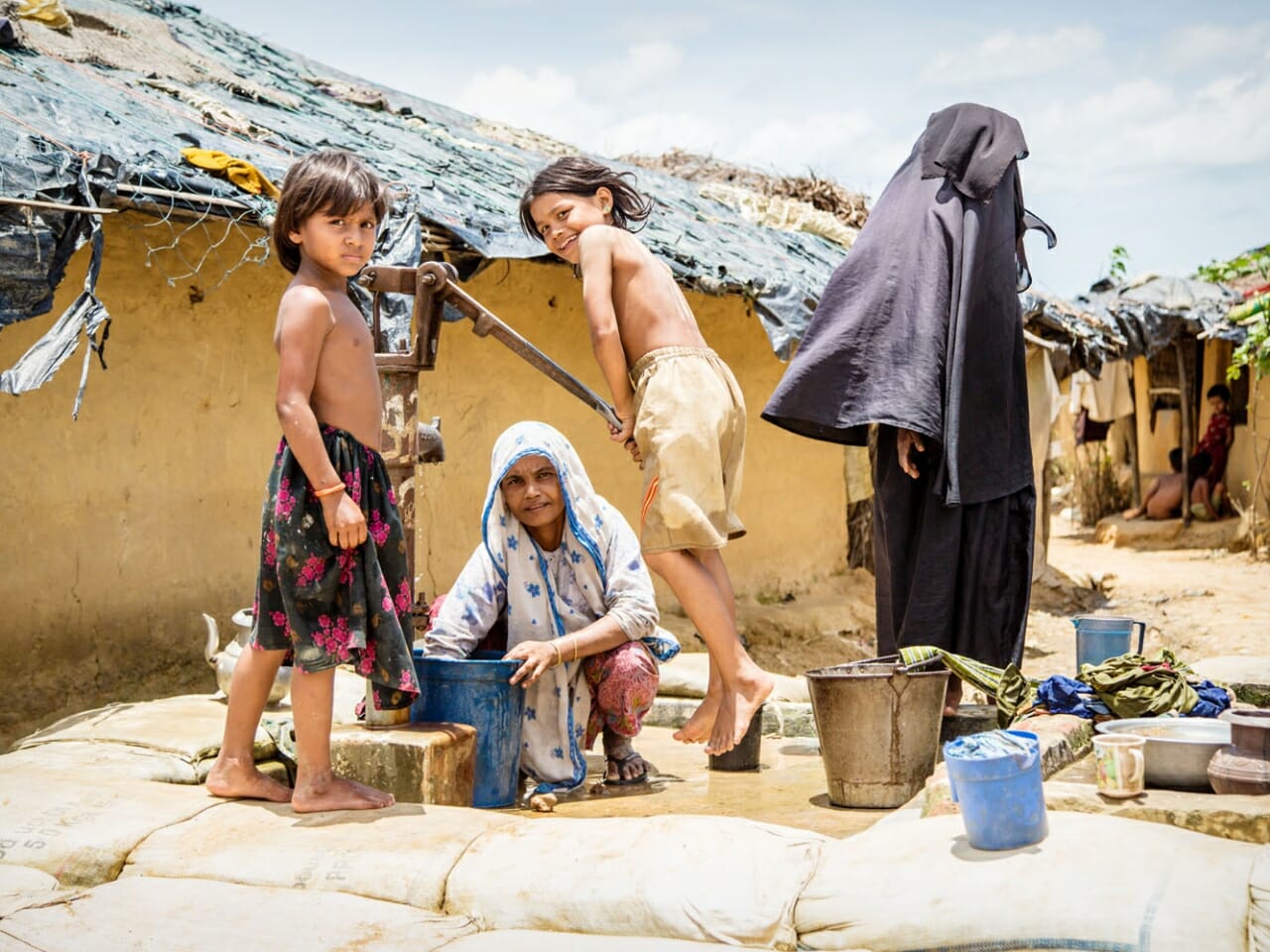 This site surrounded by sandbags is the community well where women get their water and do laundry. Unlike most Roh women, the woman in black conceals herself in a burka. 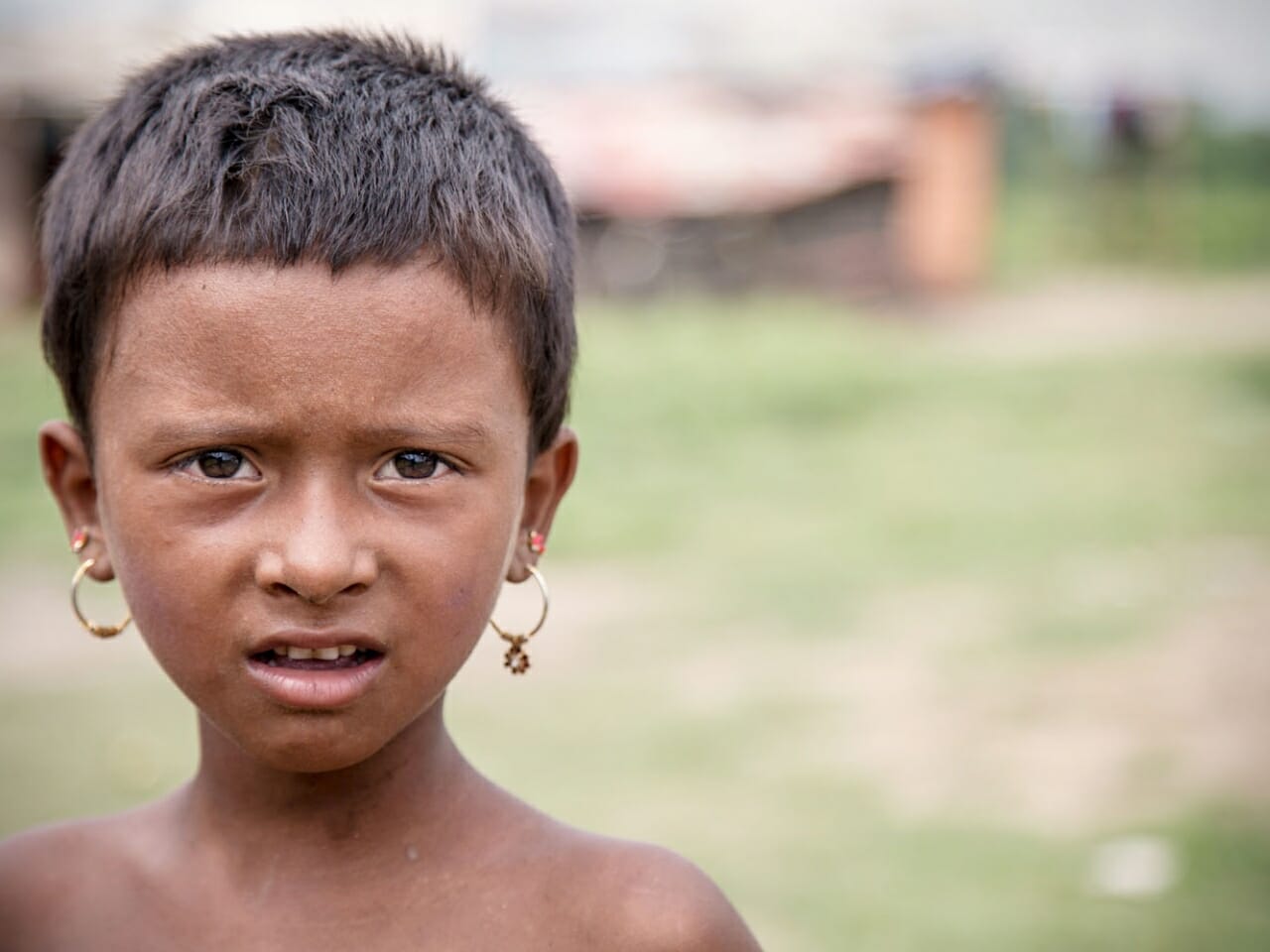 This gal ran out to greet us as we approached the tent city of perhaps 30 families. You can see the tension in her brow. She wondered who we were, why we were there and if we were friends or foes. 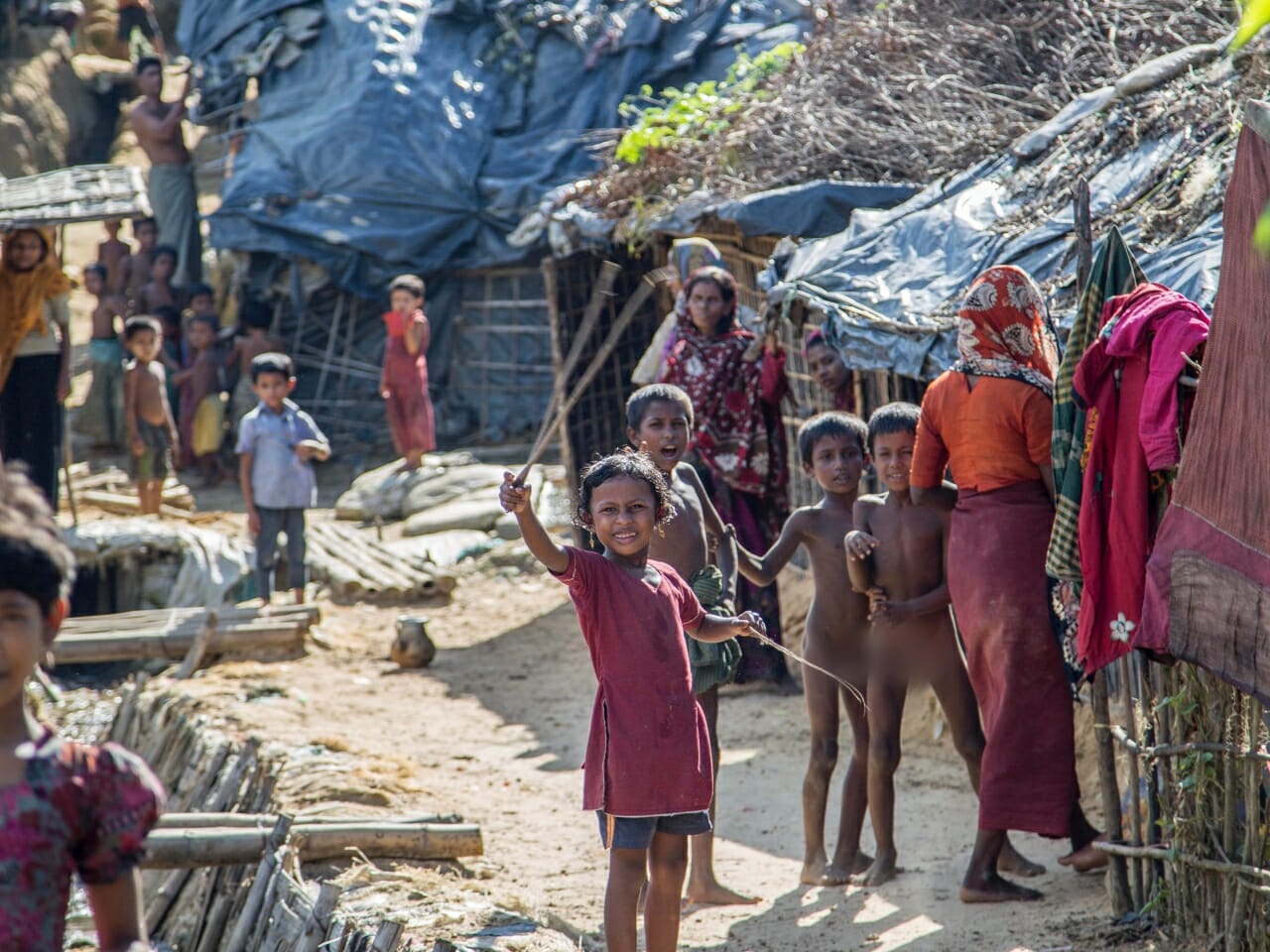 There was little or no shame for children to be naked in the camp. Belongings appeared to be scant. Bamboo bridges cross sandbagged ditches lined with woven thatch. The drainage smells rank and provides ample breeding ground for mosquitoes. The people build homes of whatever materials they can find (bricks, rocks and branches) and cover them in black plastic. 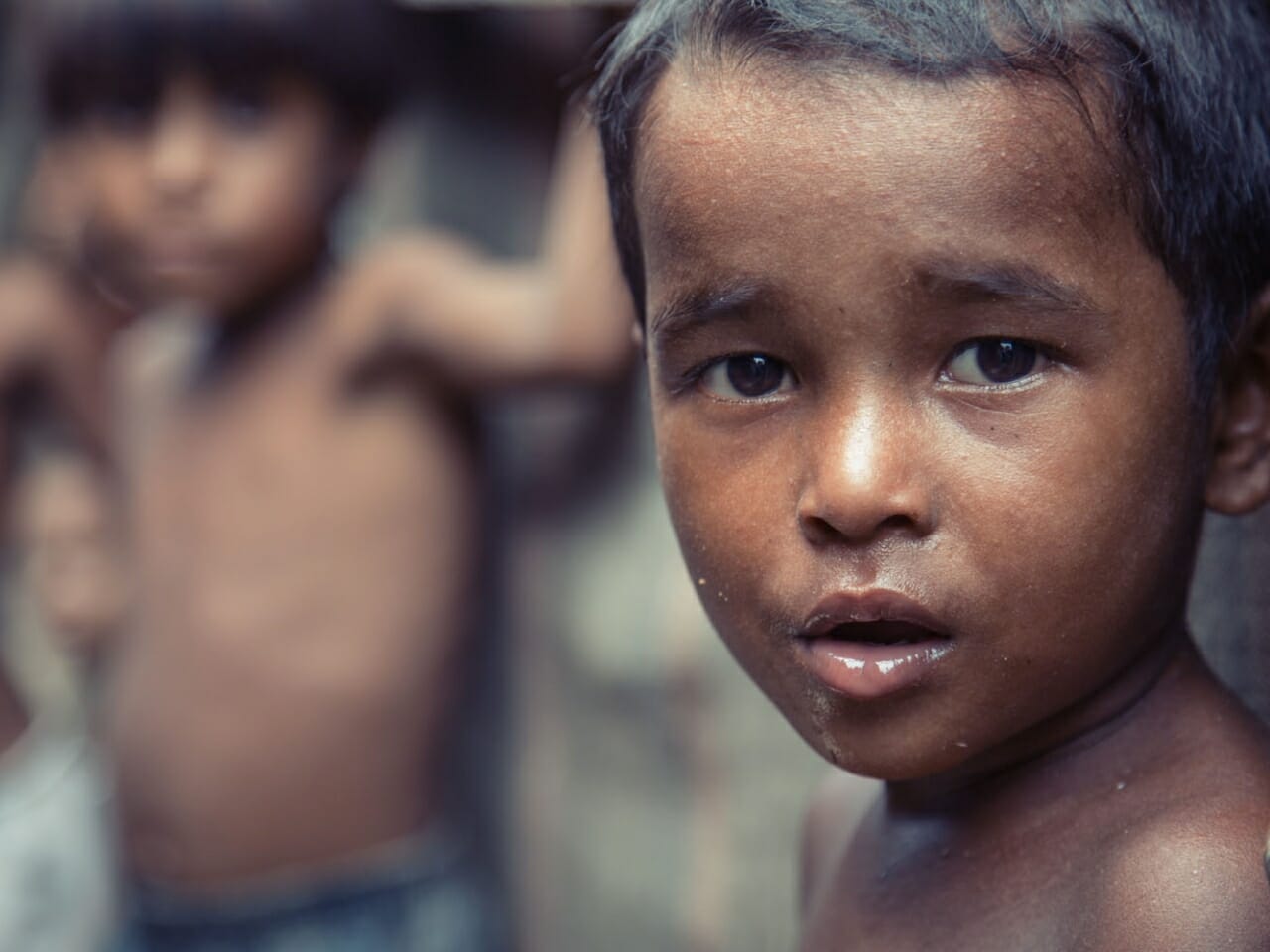 This young boy shares an apple with his mates in one of the narrow passageways between the bamboo homes. 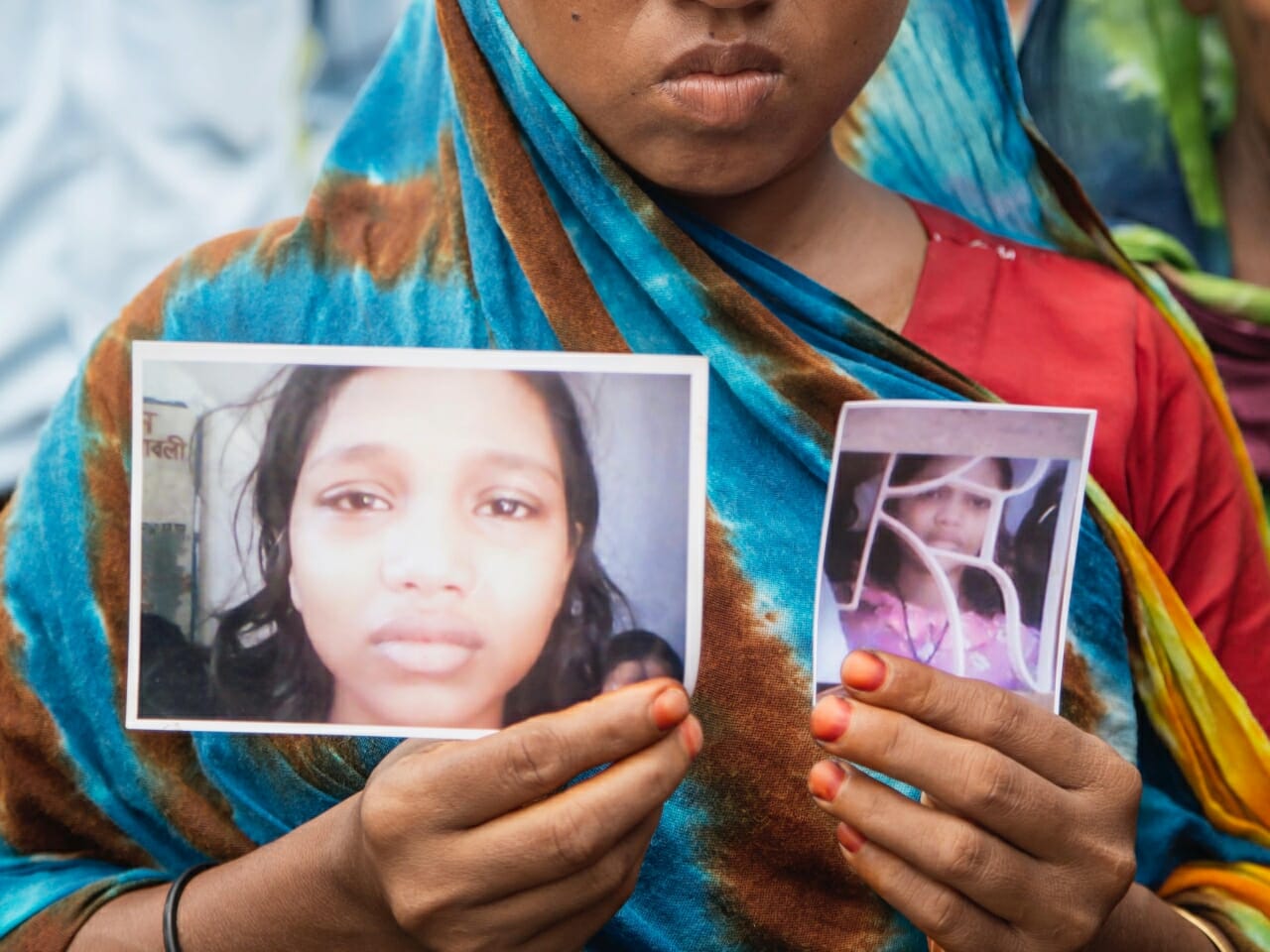 The conflict continues for the Rohingya. A woman holds a photo of a daughter who, while fleeing, was detained by security forces. They have not yet released her. 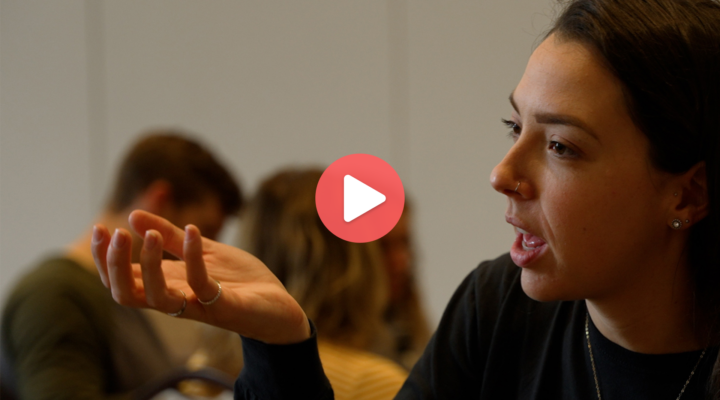 Video – Elyse Talks About Life on the Edge

When Elyse was 24, she went on an adventure around the world. She wanted to experience what real daily missionary life was like. And so can you. 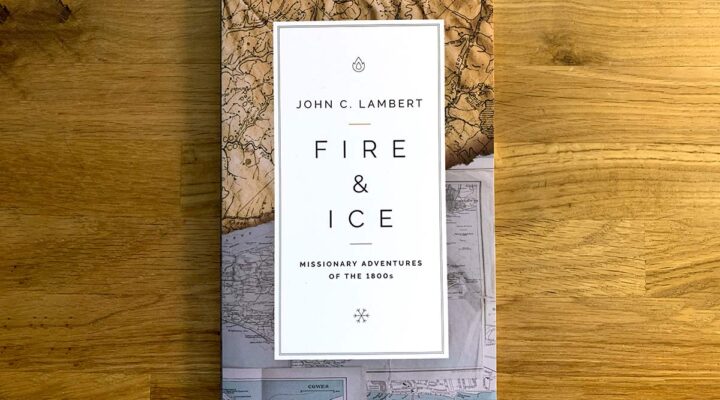 Glimpse the lives of pioneer missionaries in tales of adventure from the Arctic Circle and the coral islands of Fiji to the Himalayan plateau of Tibet. 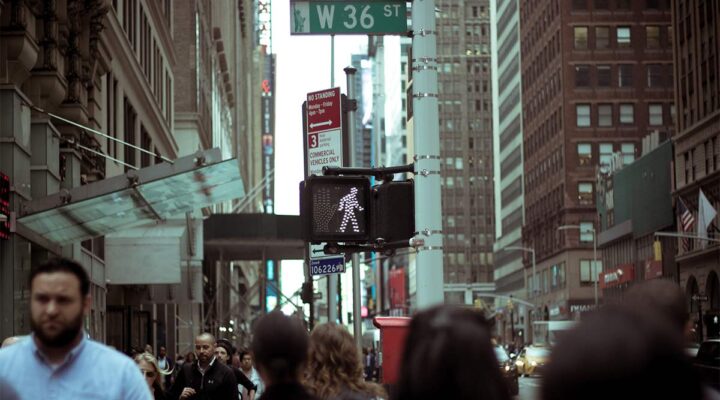 Ready to Go? The Case for Preparation

“My preparation has required a tremendous amount of hard work and pressing into the Lord for [what] only He can do. But it’s been worth it.” 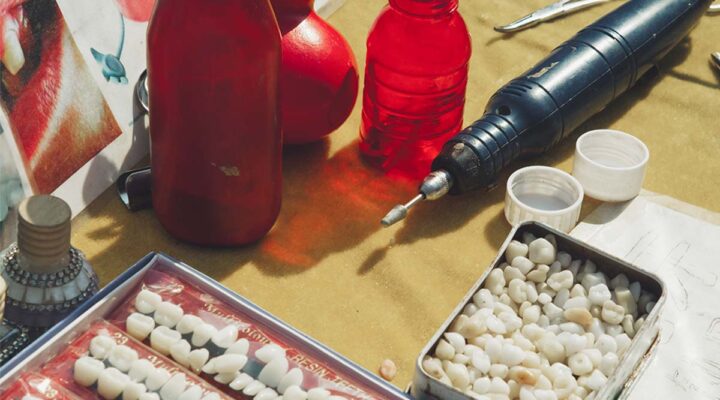