Turning Points from Our 40 Years

Pioneers is now 40 years old. Recently the Pioneers-USA’s staff and board of directors gathered to celebrate and remember God’s faithfulness to us since the beginning.

“How important it is to pause and reflect,” says Pioneers-USA President Steve Richardson. “Memory is the foundation of culture and identity. It is an amazing capacity, distinguishing us in many respects from the rest of creation. In Scripture we find a heavy emphasis on remembering who God is and all that He has done and taught us!”

We don’t want to fixate entirely on the past, but we do want our history to inform and inspire us for the days to come. As we look back, we see ways God led us and continues to lead us. He calls us to surrender to Him. To send out workers. To partner with His Church. And to do whatever it takes to carry out this global mission. Take a look at some of the highlights and turning points.

A Gospel of Surrender 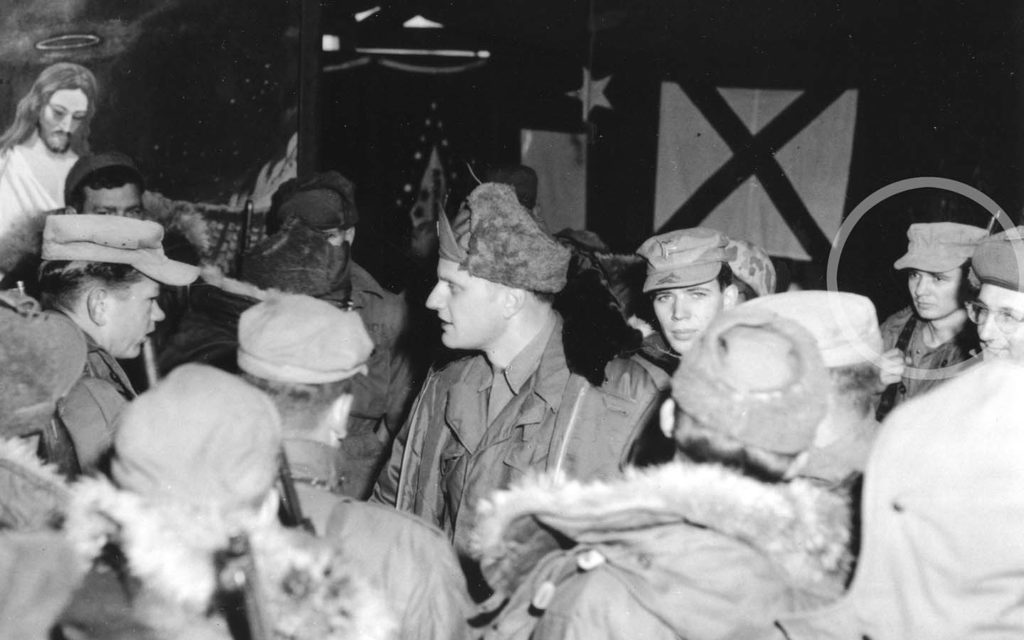 Billy Graham shares the gospel with Marines in the Korean War. Ted Fletcher, at right, listens.

The gospel came alive to Pioneers founder Ted Fletcher when, as a young Marine serving in Korea, he heard the gospel presented by Billy Graham. The fiery evangelist asked, “Will you surrender your life to Jesus Christ?”

“For a moment I wondered if Rev. Graham had chosen the wrong word,” Ted later wrote. “How could his message ever persuade a group of battle-hardened Marines who would rather die fighting than surrender? Yet, I knew that how I responded to this invitation would not only determine my eternal destiny, but also make a difference for the rest of my life here on earth.”

Lord, thank You for working in Ted’s life and in ours, too, calling us to surrender to You and give ourselves to Your purposes.

A Ministry of Sending 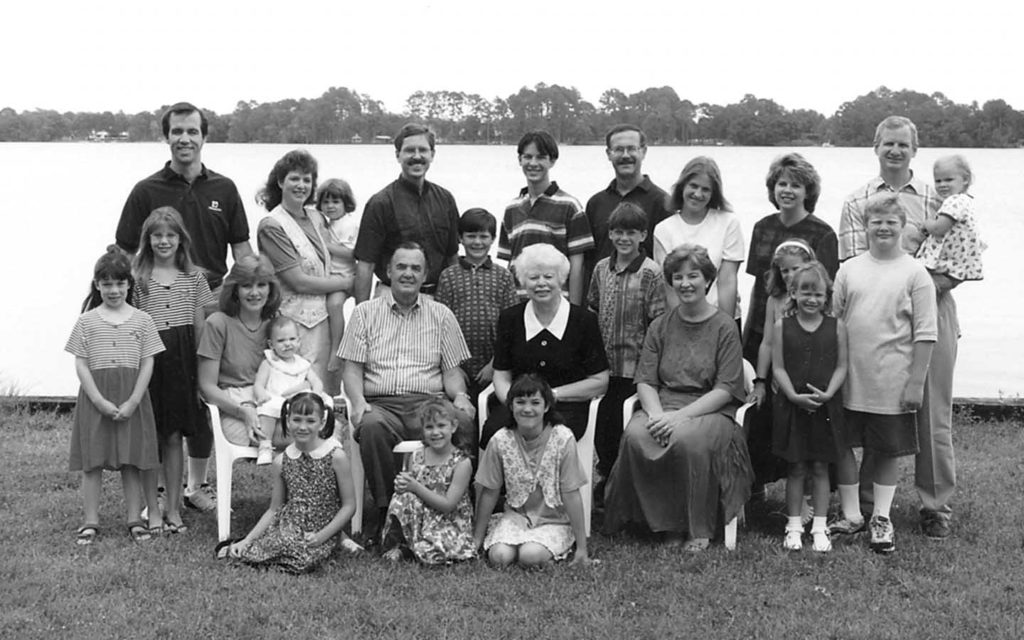 Ted and Peggy, center, gathered with many of their children and grandchildren in 1998.

In May 1979, Ted and Peggy Fletcher officially founded Pioneers as World Evangelical Outreach and sent their first workers to Nigeria to work alongside local believers.  In years to come God used Ted and Peggy to send many, including their own children and grandchildren, to serve among the unreached all over the world.

All this was just getting started when daughter Arlene, then just a teenager, spent a summer in Papua New Guinea. “Peggy and I will never forget one of her letters home describing a trek through the jungle where she saw a human skull hanging from a tree,” wrote Ted. “That would have been challenging enough for a teenager, but then she learned that the person had been eaten by the very man who was guiding her team through the jungle.” Yikes!

Father, thank You for guiding our steps and raising up laborers from every generation. You send out our sons and daughters and go with them wherever You call them. 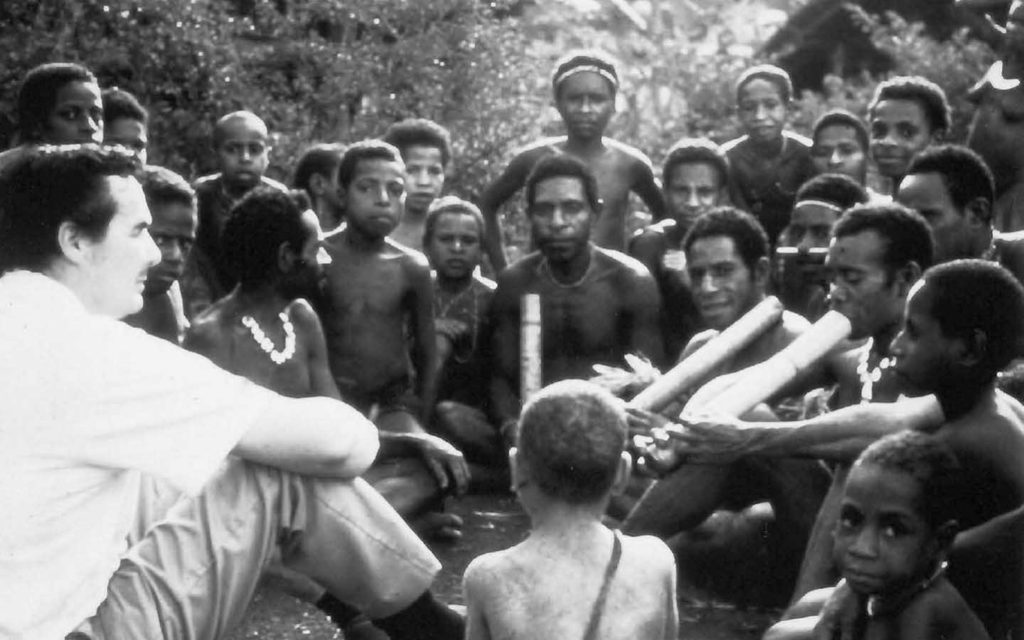 Ted Fletcher with members of the Biami tribe of Papua New Guinea.

“How did we recruit missionaries willing to live in a snake-infested jungle, survive under primitive conditions, and befriend tribal people whose cultures were rooted in cannibalism? The answer is that God found them for us,” Ted wrote.

…And to the Desert 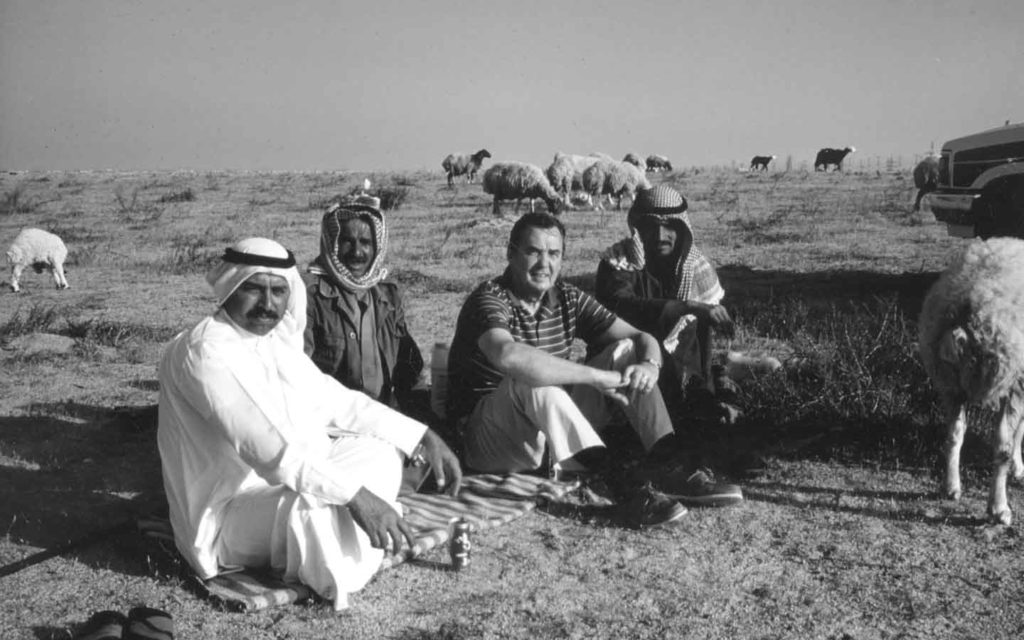 Ted Fletcher with Bedouin shepherds in Kuwait after the Gulf War.

“We pray for unreached people and ask God—the Lord of the harvest—to raise up missionary laborers to go. He answers that prayer and sends them our way. They start or join teams that plant churches. And God continues to work miracles,” Ted explains. 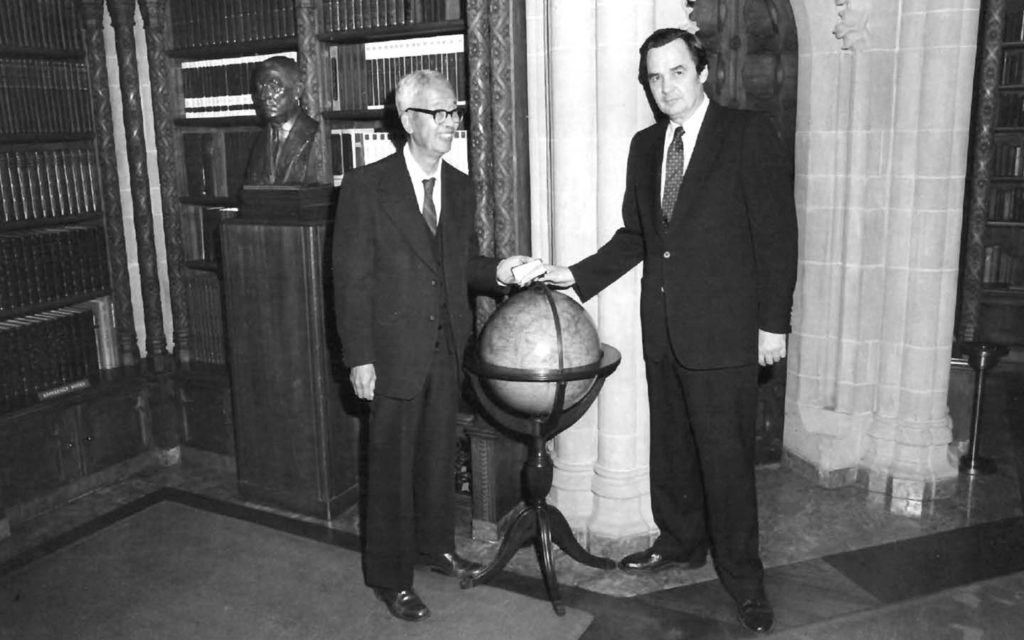 Ted with Harry Liu, a Chinese-American friend who took Ted and Peggy on an eye-opening trip to China. 1981.

But there has been another call as well: “from all the world.” Pioneers recognized that honoring the Lord and reaching the world effectively would require linking arms with missionaries from many cultures, countries and backgrounds. The Pioneers family grew to include Canadians, Australians, New Zealanders, Latin Americans and members from across Africa, Asia and Europe.

After a series of mergers, Pioneers history became richer and more complex. Organizations founded as far back as 1881 came into the Pioneers family. They brought a wealth of experience in places like the South Pacific, Sudan, and the Arab world.

Lord, we rejoice in the opportunity to partner with members of Your body from all over the world and seek You for wisdom and unity as we grow together. 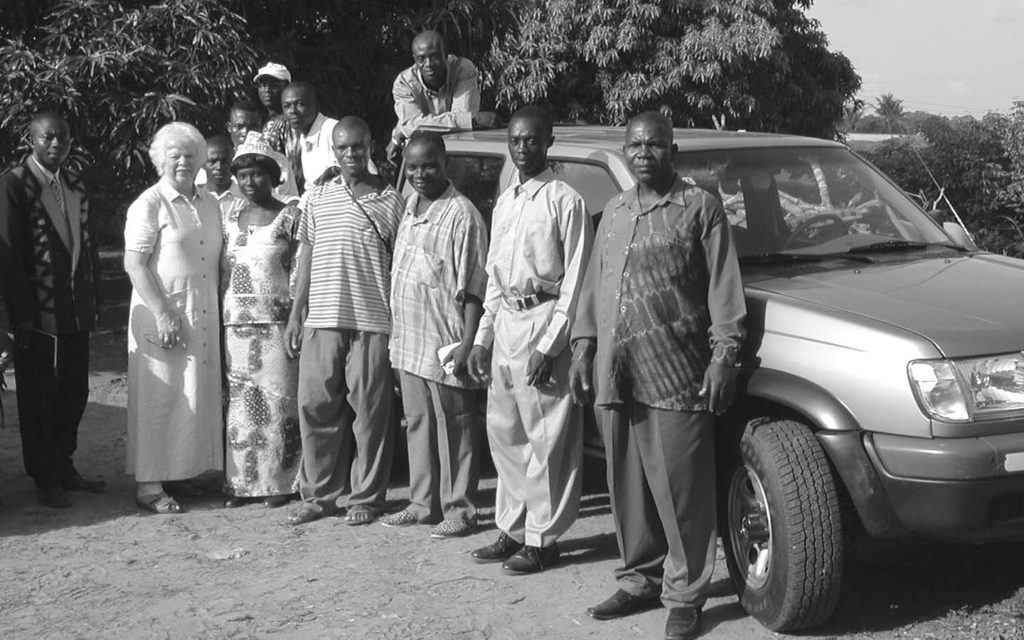 Ted Fletcher went to be with the Lord in 2003. In the weeks before his death, he was working daily to help a team of Ghanaian missionaries, serving with Pioneers-Africa. They were raising funds to start their ministry among two closely-related animistic-Muslim tribal groups who live as small-scale subsistence farmers in a very remote part of Ghana.

The next year, in 2004, Ted’s wife Peggy and their son John traveled there. They followed the paved road until it ended and the dirt trail for several hours more. Peggy reported,  “Our joy was great as we learned that several churches were being planted—one even meeting in the shade of the village’s massive jacaranda tree.”

Before leaving Ghana she attended a meeting of African leaders committing themselves to sending teams north into the Arab world. “I was thrilled, as I knew Ted would be, to anticipate the potential of an African missionary force empowered to assume their God-given place in the Great Commission.”

Want to learn more of the Pioneers story? We’d be glad to send you an electronic copy of Ted Fletcher’s book, When God Comes Calling (also available in paperback). 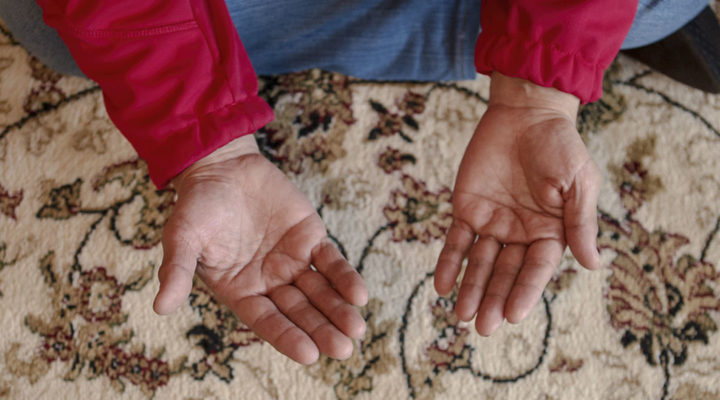