God said go—the time is now. Then He opened the door.

By a Pioneer in Central Asia

In January I felt God affirming a call He gave me years ago to go into a particularly unreached part of Central Asia and build relationships there. Over the next few months, He made it clear that the time was now—despite the war in Ukraine which was affecting the whole region. I said to the Lord, “This is crazy from a human perspective, but as long as you make it clear that You are calling me to go now, I’ll go.”

An Invitation to the Village

Getting there is a start, but how do you start connecting to the community? I had already made contact with “Aaron,” a man from a certain unreached people group via Instagram. He knew I was interested in learning more about their culture and that I’d like to spend time among the people so I could learn more. He lives in the group’s main village. He invited me to his village, and we began to develop a relationship. I sure didn’t know what kind of reception would await me in the village, but I knew what God had said to me.

So I arrived with a driver, and my friend Aaron met us on the road entering the village. Quickly we were welcomed into his family home. By day two he had opened up the village to me.

A Series of Visits

Relationally, things couldn’t have gone better. I was able to stay two days in the village and they invited me back. Two weeks later, I returned, staying a whole week. Aaron already considers me a good friend, and his extended family has embraced me warmly, even starting to consider me “one of them.” His family has a high standing in the village. In fact, his dad has been the head of the village and Aaron himself is a person of some importance.

However, all were not quick to embrace me. Some in the village pushed back, asking Aaron, “Who is this guy, and why did he come to our village? I’m not sure about him.” Aaron was ready for these questions since he lives among these people and knows how they think. Since we had built a relationship, he has been very loyal to defend me and answer their questions.

He said, in the trade language, “There is a good smell coming from you.” A nice compliment.

Aaron invited one man who was asking questions to come to his house and meet me. After 90 minutes together, this highly skeptical man had now embraced me into his village, grateful I had come. He was pleased with my personality and answers to his questions. He could see that I had the best interests of his people at heart.

He said, in the trade language, “There is a good smell coming from you.” A nice compliment.

People in many countries have been praying for this people group for years, long before I even knew about them. And now a door has opened. It was almost four years to the day after the Holy Spirit sparked my desire to go to this people group that I was welcomed into their main village.

This is only the beginning.

In our recent roundtable discussion, former field workers shared their perspectives on some of the big questions people ask about missions. Hear what they have to say.

In this roundtable video, former field workers and mission leaders shared what's true and maybe not so true about mission perceptions.

See how God, through His Word and the loving witness of His people, reveals Himself to those who seek Him. 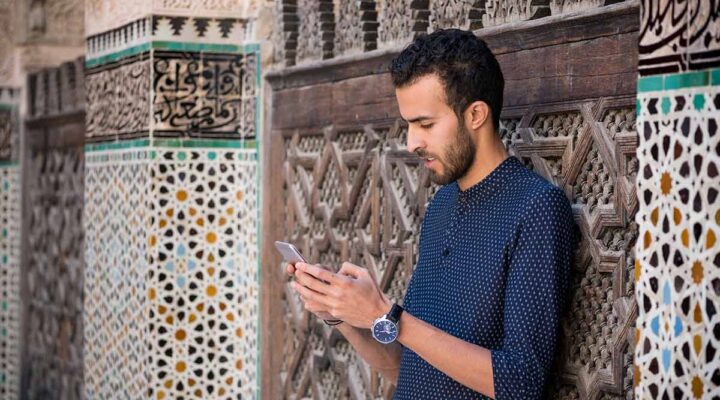