Journey through a Japanese City

To a foreign visitor, Japan may seem a land of contrasts. People strive after the latest trends even as they hold onto traditions passed down from generations of ancestors. Let’s take a closer look at what it means to be Japanese, today. How might what we see shape our prayers and strategies for serving the Japanese?

Making Sense of What You See 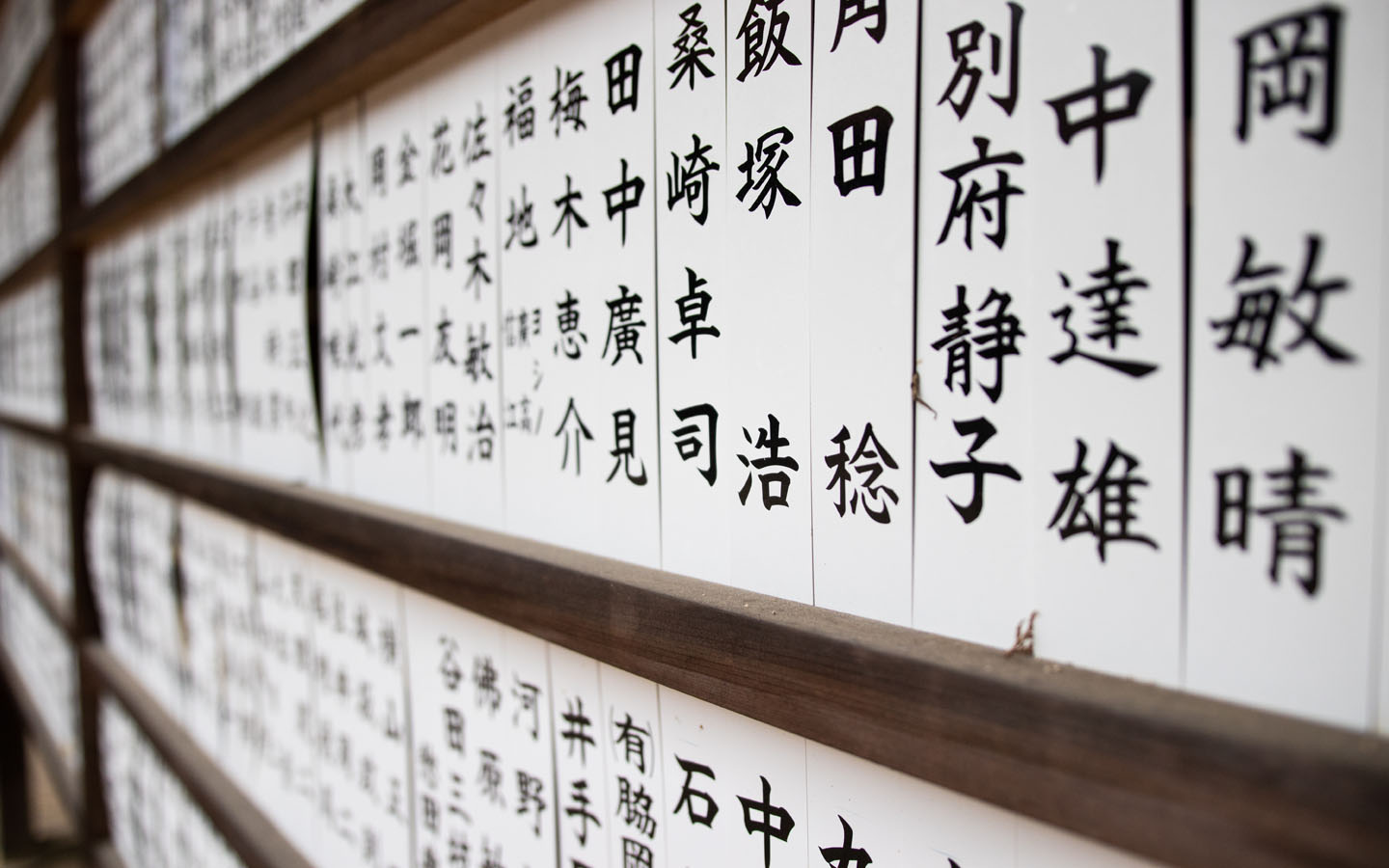 Decoding the distinctive characters of the Japanese language may seem daunting to an outsider. Think how much you miss when you can’t read a language at all. Is this string of brush strokes an advertisement or a warning? A poem or a prayer? The context, the wall of a Buddhist temple, suggests a religious meaning. Turns out it’s a list of names… perhaps donors to the temple? 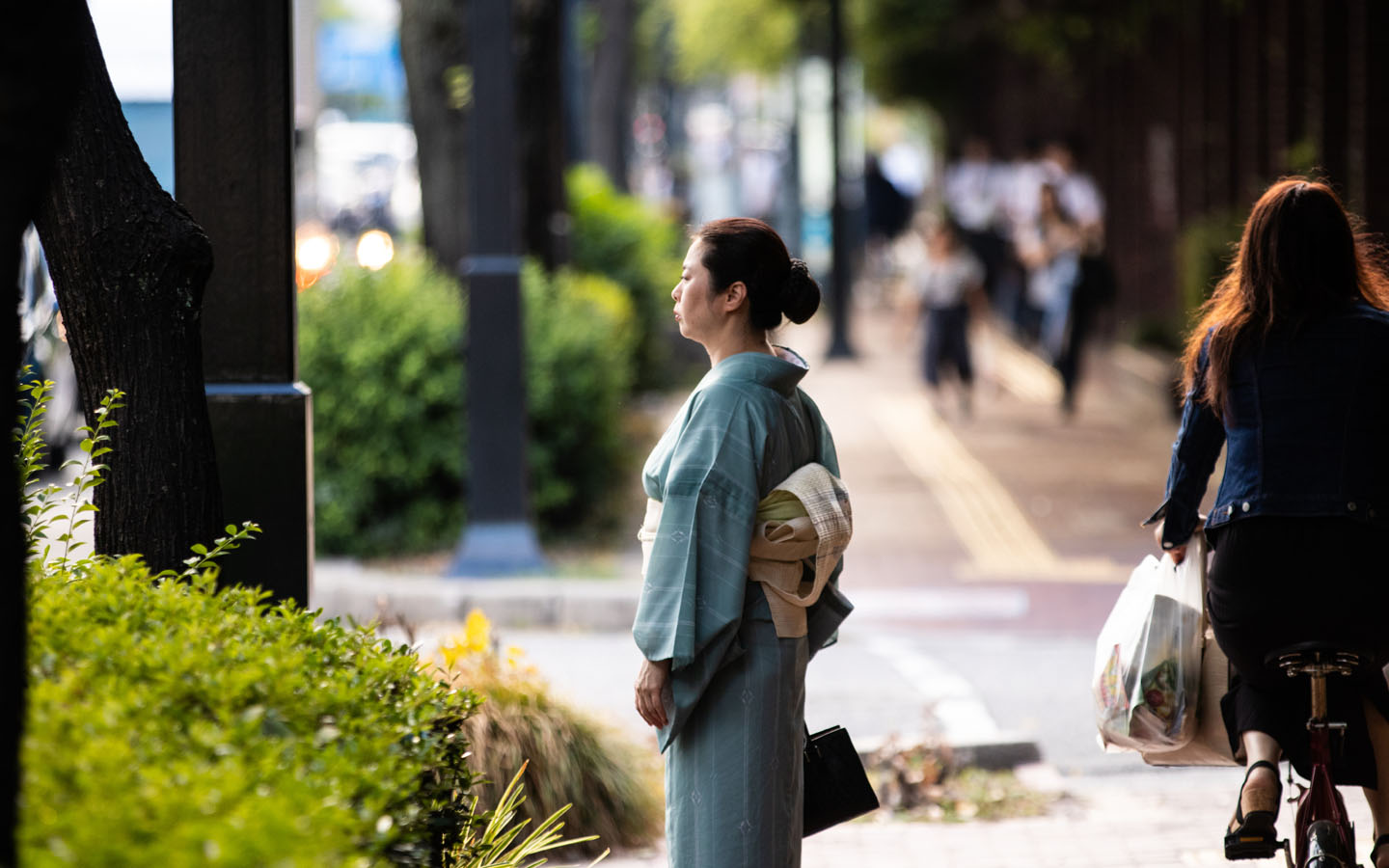 Originally the Japanese word kimono just meant clothing, but the style of robe we know as a kimono today goes back hundreds of years. Now Japanese people reserve the kimono for special occasions such as weddings, funerals, tea ceremonies and festivals. Want to wear a kimono? Be sure to find a friend to help you choose one that is appropriate and tie it properly. 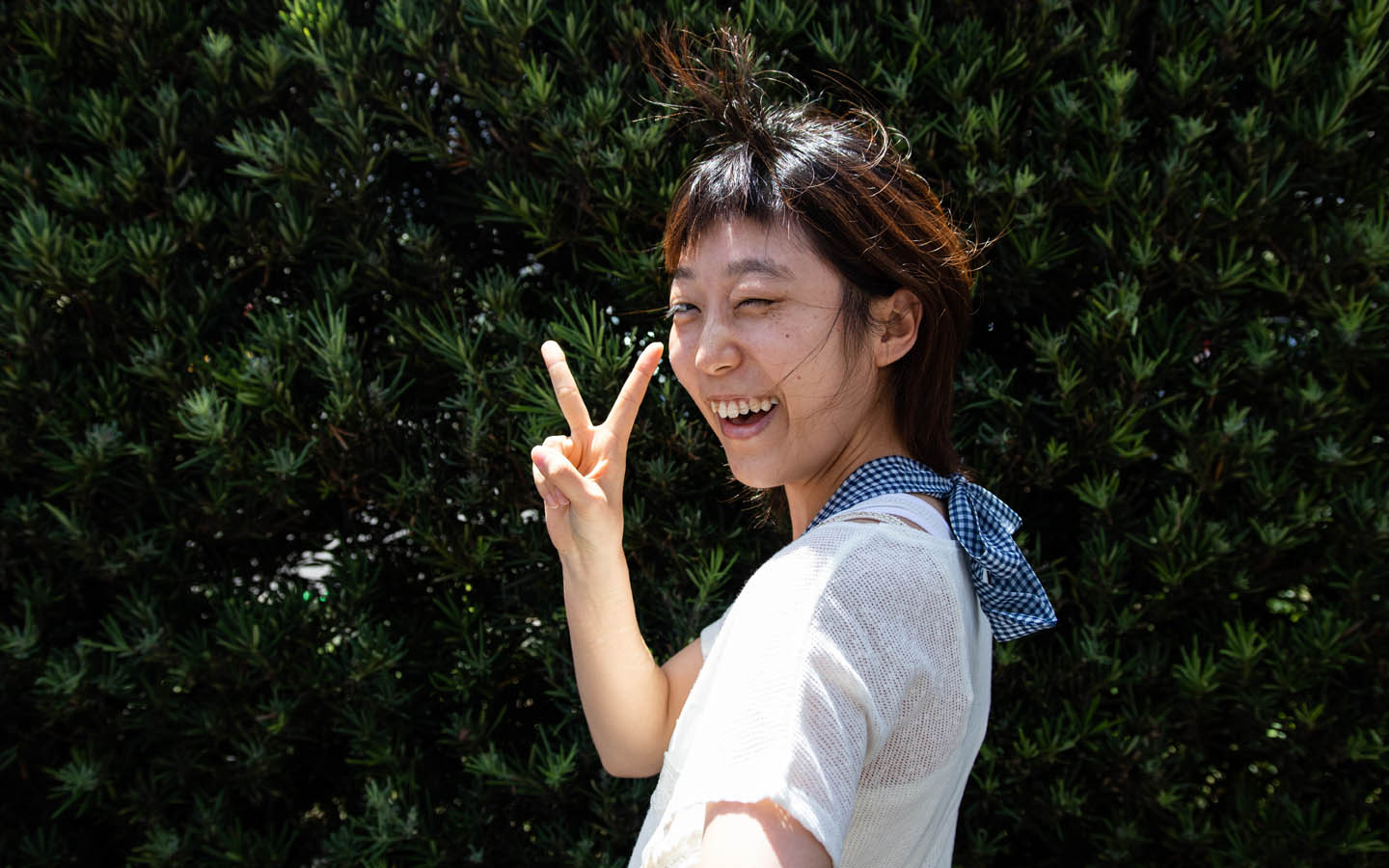 In Japan and now in other Asian cultures as well,  it’s common and considered cute to flash this hand sign in photos. What does it mean, and how did it start? The stories conflict. Now, though, it’s ubiquitous. Holding up two spread fingers for a picture is more or less like saying, “cheese.” 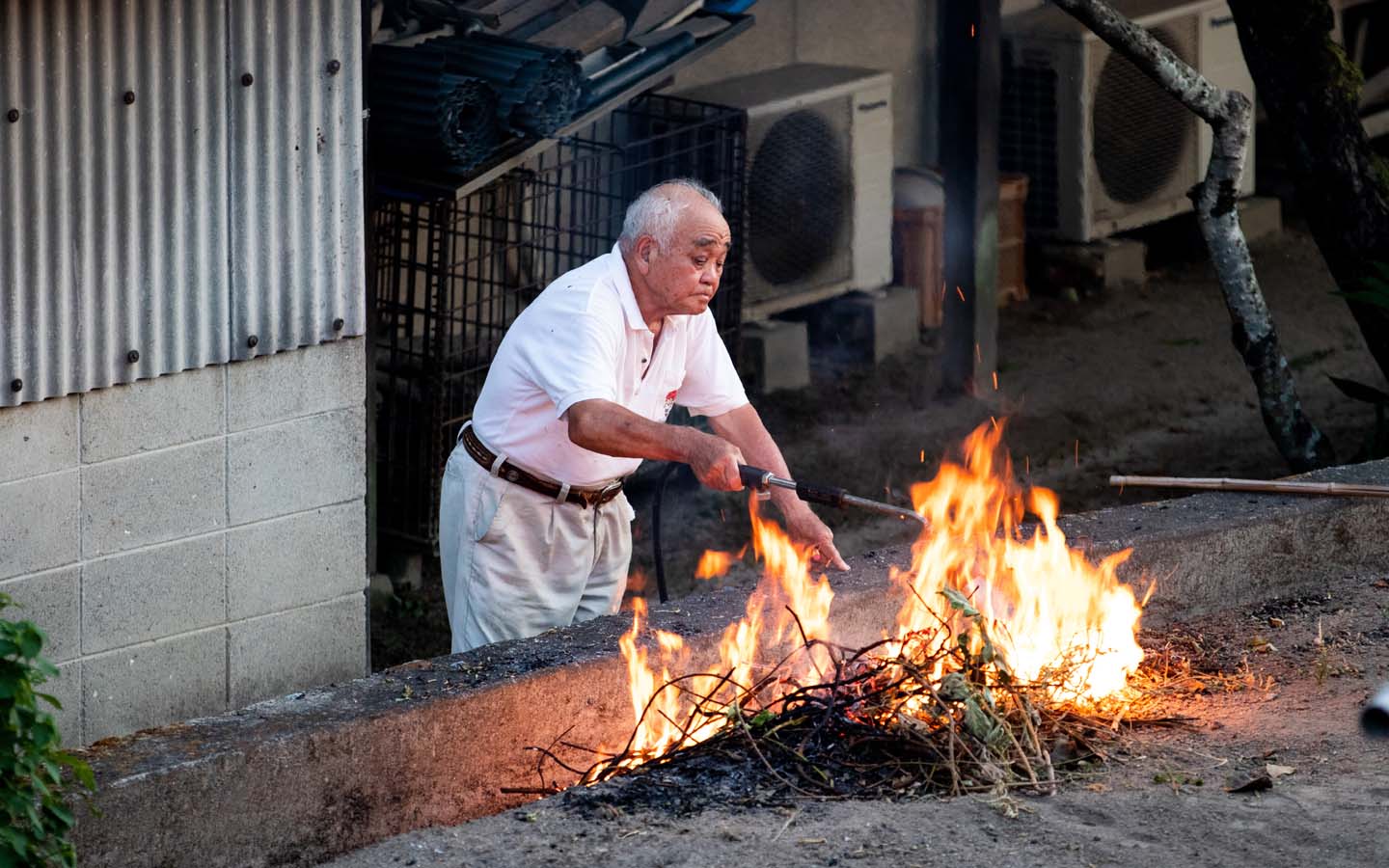 After working in his garden, this man, the neighbor of a couple serving with Pioneers, burns excess plant material to keep things neat and tidy. When you live close together in a society that places a high value on harmony, maintaining appearances can be very important. 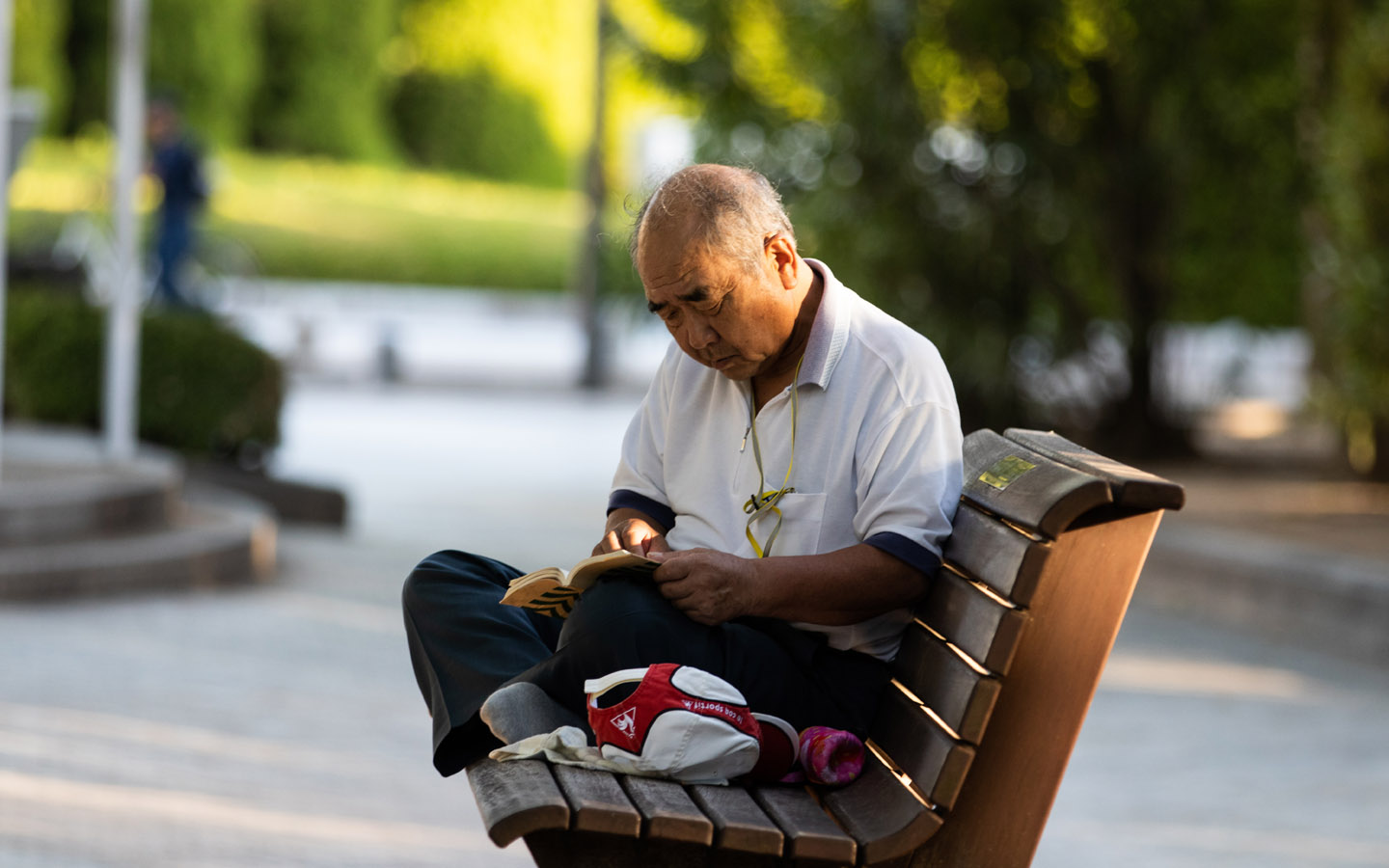 What’s up with this man who has taken off his shoes and made himself comfortable on a park bench to read? This would be rare to see in the western world unless perhaps the man was homeless. But Japan is different. You can find small glimpses into a culture through everyday scenes like this.

A rice field, centuries old, sits next to a modern apartment building. It’s a common sight as the city grows up around the old farms. Those who live in these apartments today may know little about the exacting process of growing rice, but it remains a staple of their diet. 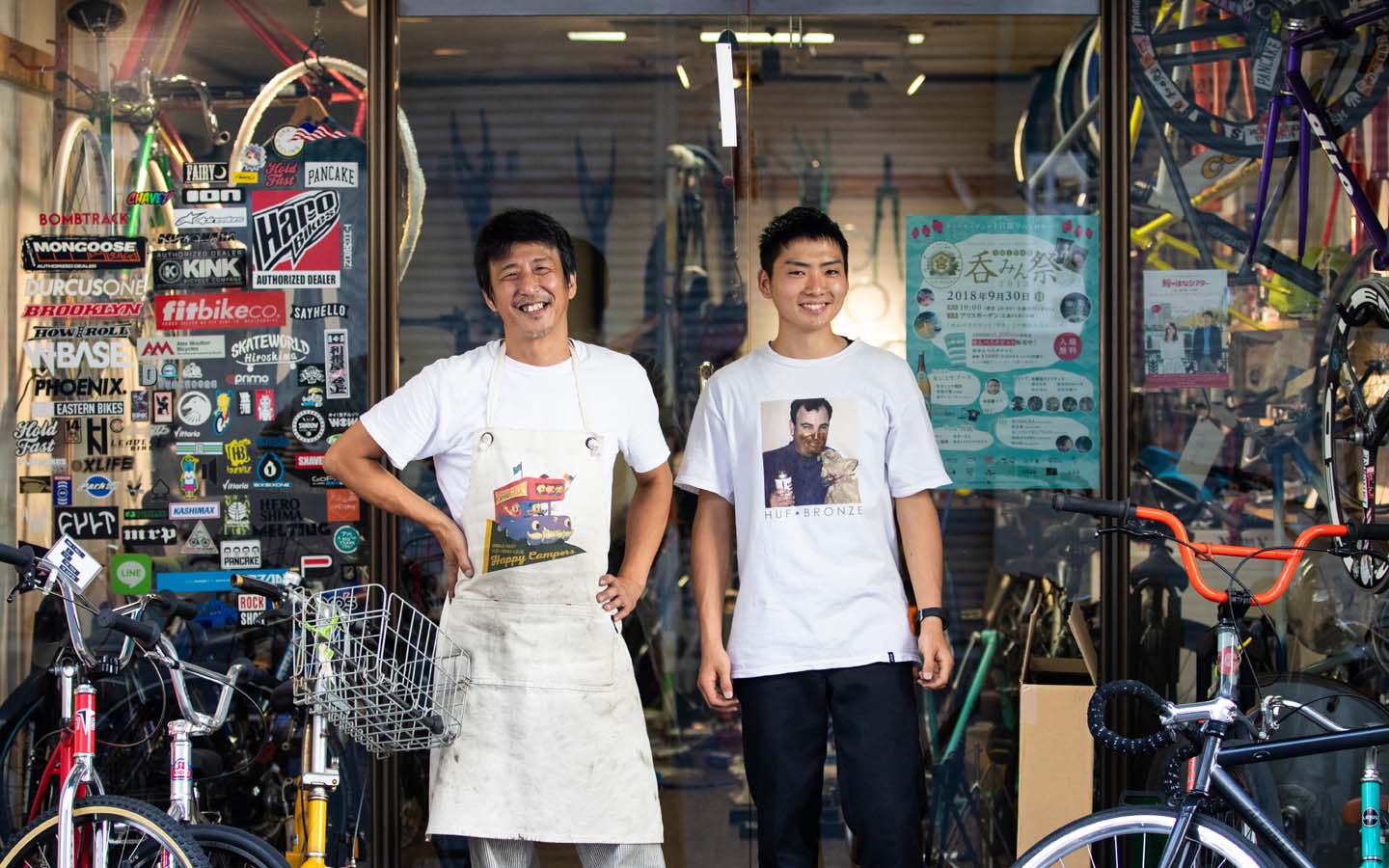 Many Japanese rely on bikes or scooters to get around town, so bike shops are easily found. Not sure if these two are father and son, but they may be. As in other parts of the world, parents in Japan may be torn between a desire to see sons and daughters follow in their footsteps and a hope to see them strike out and follow their own dreams.

Maybe it’s true everywhere now, but certainly in Japan, it seems as if everyone has a device in their hands. We wonder what role media and technology might play in reaching more Japanese with the gospel and helping them grow as disciples.

More and more, churches and Christian groups are using a variety of online applications and other resources to gain access to Japanese young and old who might never enter a church building but are always on their devices.

Eating Out in Japan 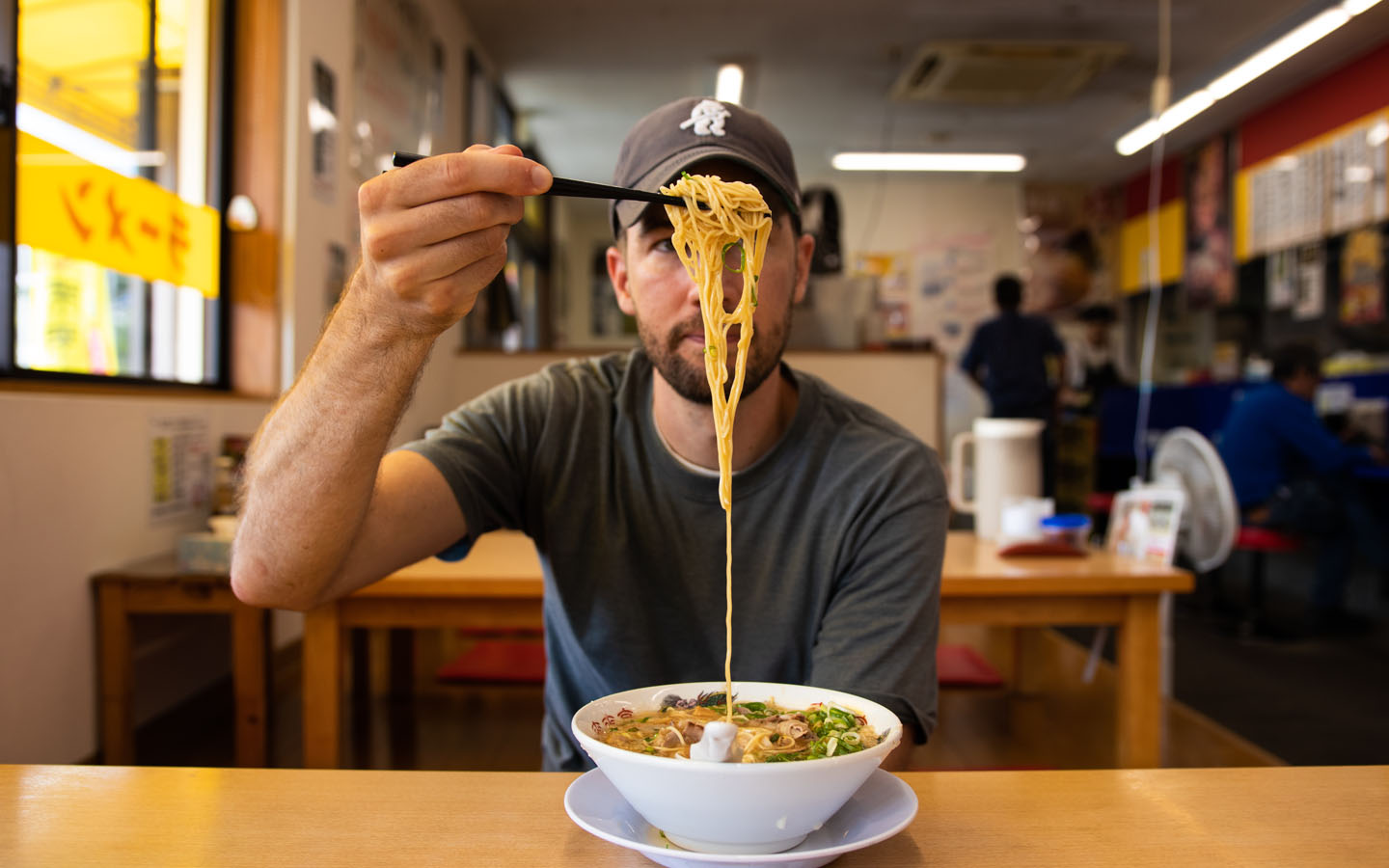 Ramen. You may think of it as a cheap and easy way for college students to feed themselves, but in Japan, it’s much more than that. Want to appreciate ramen at its best? Check out this Japanese ramen guide. While you’re at it, you might want to brush up on your Japanese chopstick etiquette. 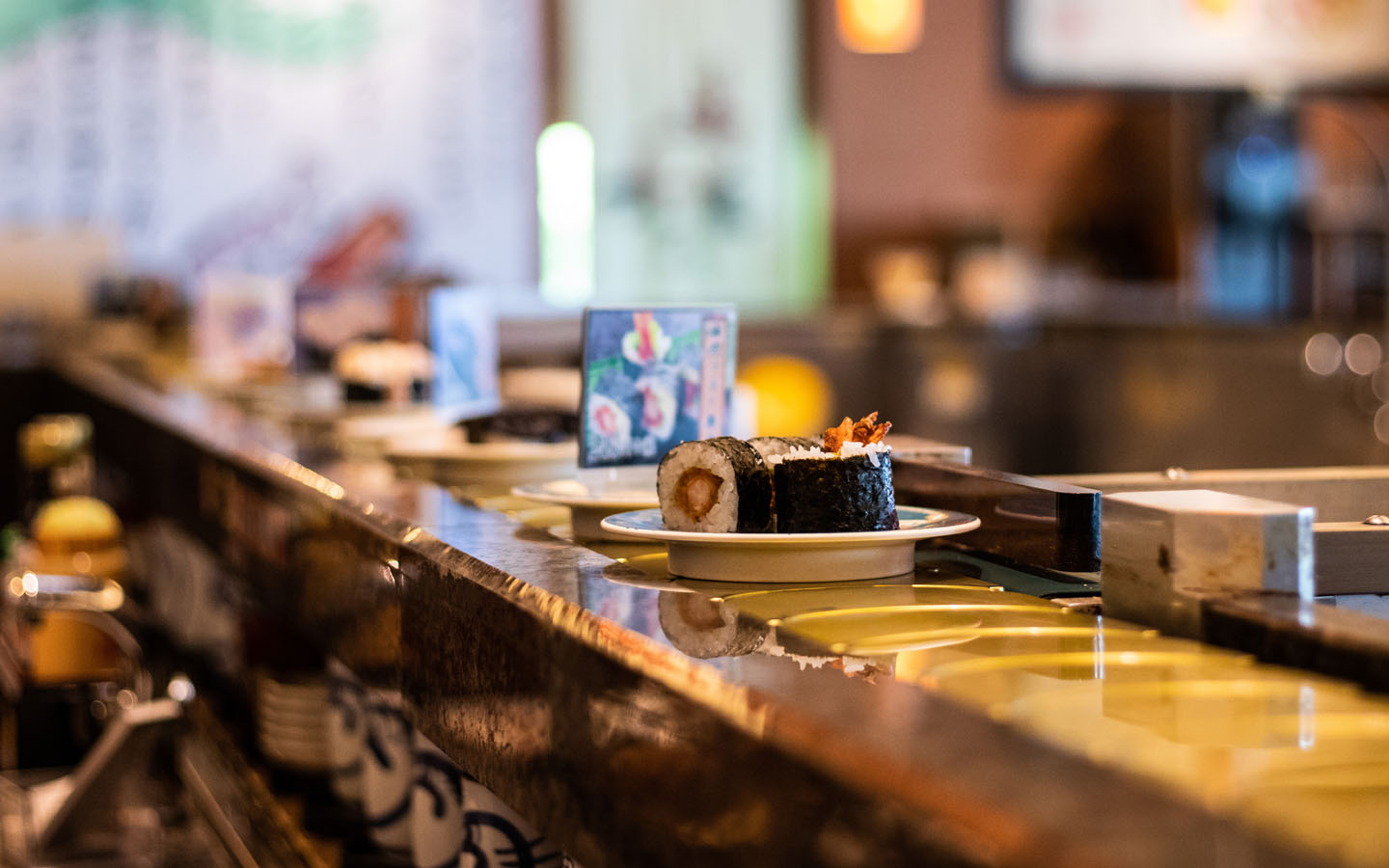 Many Japanese love seafood, and a good way to enjoy it is through sushi. This sushi restaurant has a conveyor belt. Servings come around and you just pick up what you like. At the end of the meal, the waitress counts the plates that you have in order to total up the bill. The cost of each piece is indicated by the style of the plate on which it’s served. 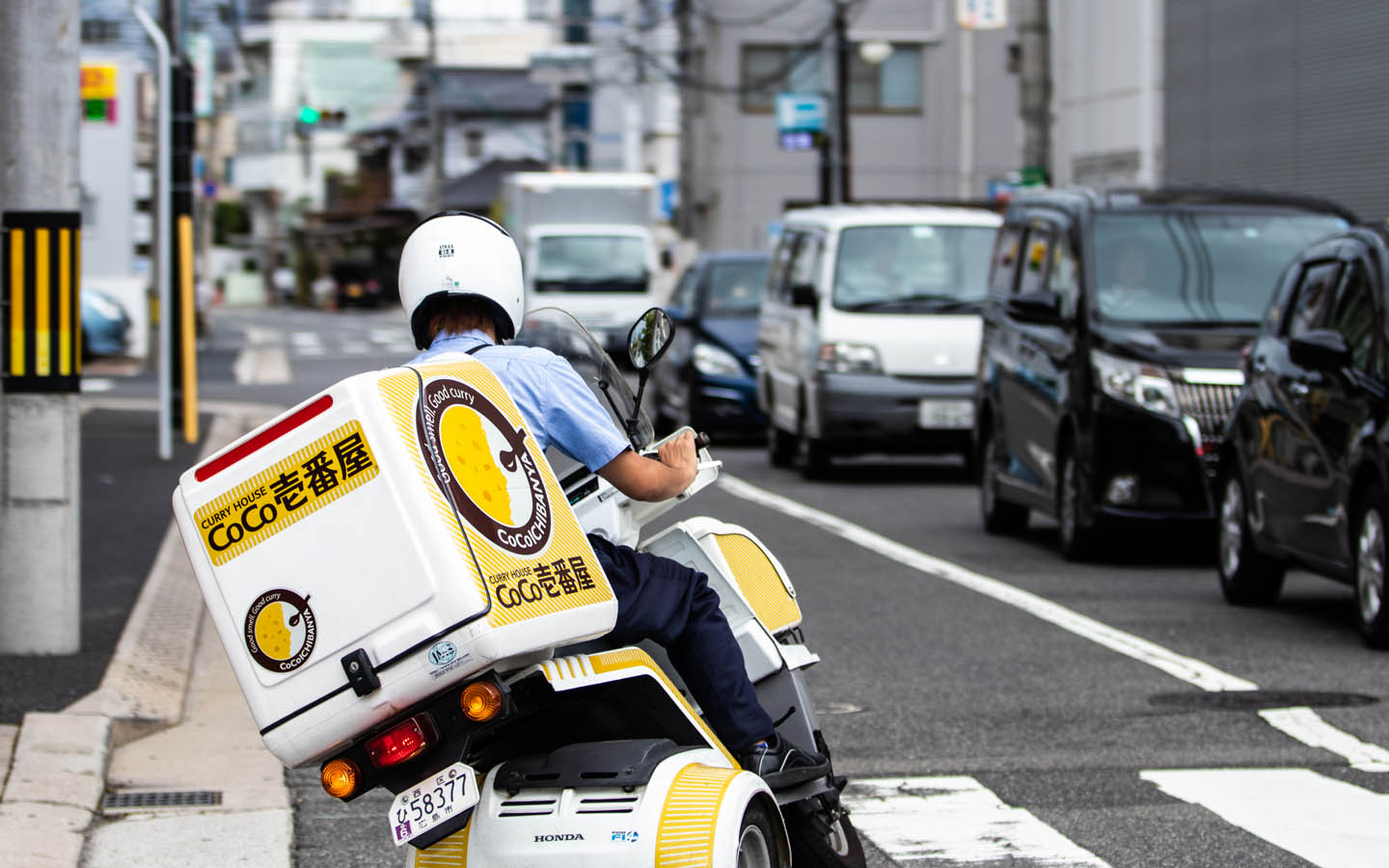 Don’t want to eat out? Order in. This man uses his scooter to deliver curry. Many other types of food, including Western fast food like Pizza Hut and KFC, are available for delivery, too.

The Church in Japan 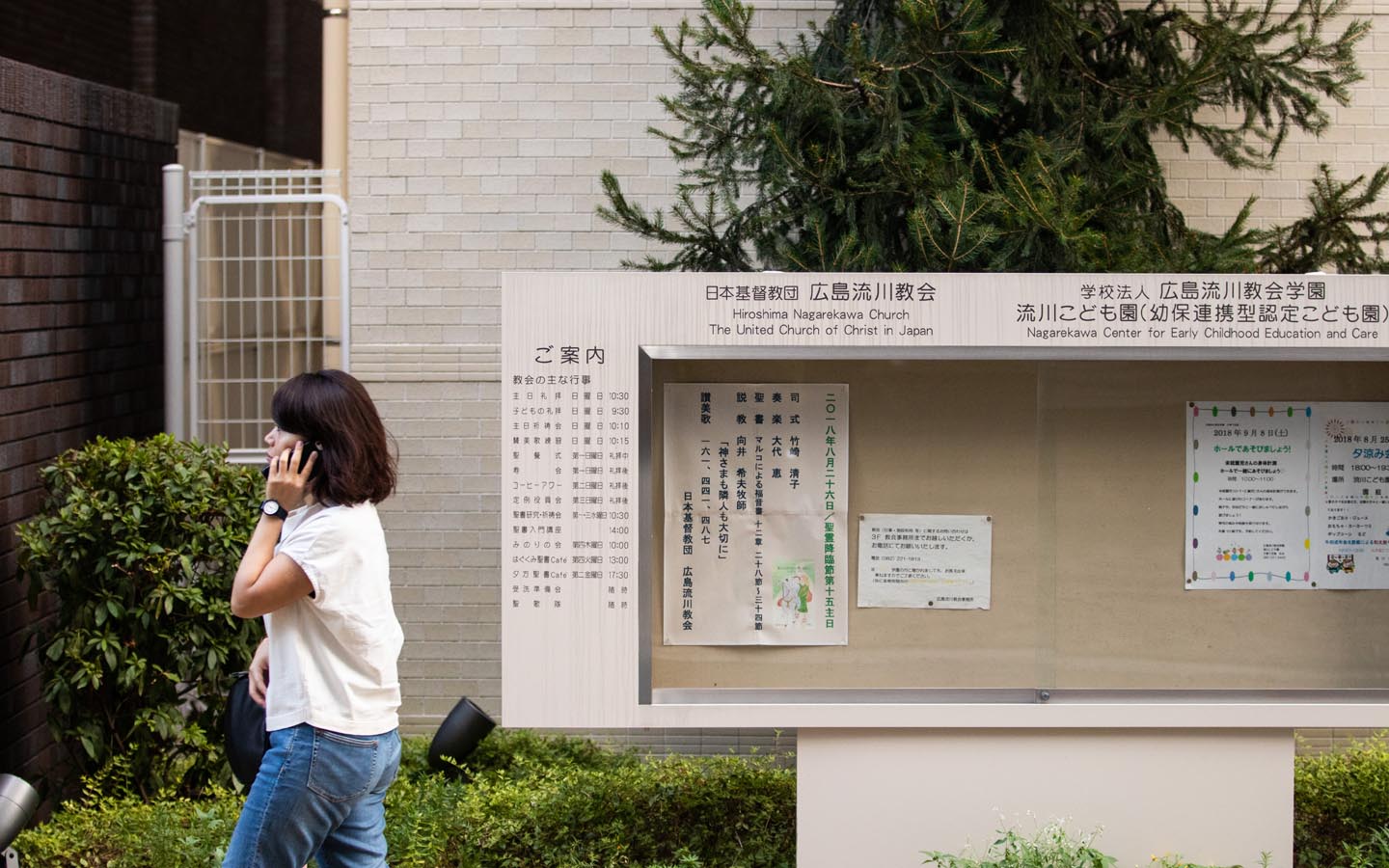 This woman walks past a church building, maybe every day, but like so many Japanese, does not see a place for the church in her daily life. Christianity has a relatively long history in Japan but attracts only a small percentage of the population. Let’s pray for existing churches in Japan to see growth. Pray also for those who are trying new ways to introduce the Japanese to Jesus.

“In our opinion, most of the ‘new ways’ of reaching Japanese people involve bringing the gospel out rather than creating more programs in the church buildings,” say Pioneers serving in Japan. 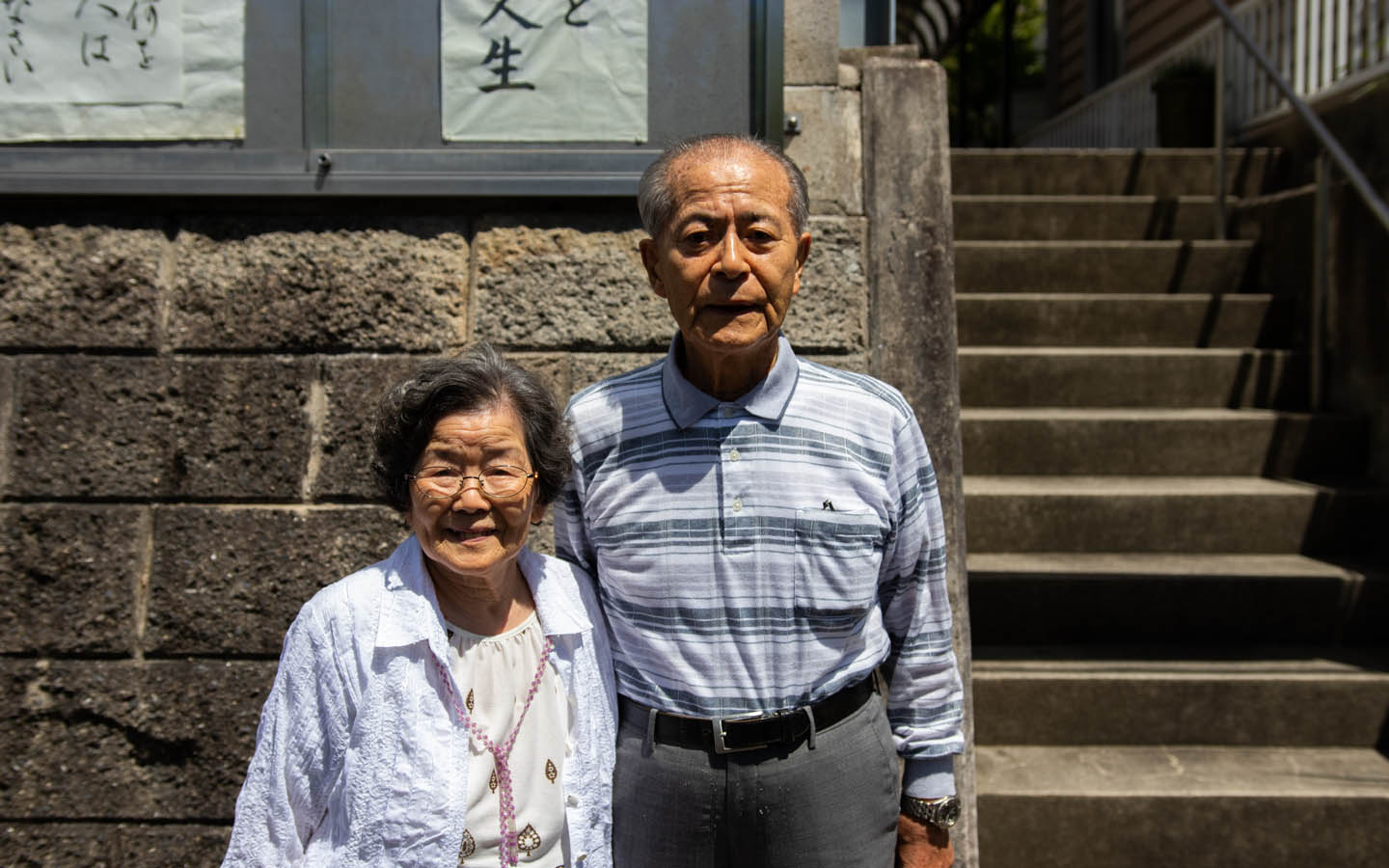 Late marriage, an increasing preference for two-income families and the widespread use of abortion give Japan some of the world’s lowest birthrates. They also have one of the world’s longest life expectancy rates. As a result, Japanese population seems to be entering a demographic crisis.

You see this in the church, too, as most pastors are nearing retirement with few young people to take up their mantle. One pastor, aged 47, notes that he is in the youngest 10% of Japanese pastors… so 90% of pastors are older than him. Read more about Japan’s aging pastors in an article from OMF.